We would like to offer our sincere support to anyone coping with grief. Enter your email below for our complimentary daily grief messages. Messages run for up to one year and you can stop at any time. Your email will not be used for any other purpose.

Read more about the life story of Dominic and share your memory.

Dominic “Bud” Mariano Sr. age 78, of Lake in the Hills, Illinois passed away on November 20, 2022 surrounded by his family. Dominic was born on May 4, 1944 in Chicago, Illinois to the late Michael S. Mariano and Barbara Locigno Mariano Satala.

Dominic grew up in Chicago in a large, Italian family. He was a carpenter by trade, a car enthusiast especially the Chevy Corvette. Dominic was a very caring person and would help anyone that would ask, during their time of need.

In addition to his parents, Dominic was preceded in death by his step-father George Satala; his sister, Mary Lu Vrlec and his brother, Michael Mariano

At Dominic's request he will be cremated privately. His family will be receiving friends on Saturday, December 10, 2022 beginning at 9:00 AM directly at St. Mary Catholic Church, 10307 Dundee Rd, Huntley, followed with a Funeral Mass to be Celebrated at 10:00 AM.

Willow Funeral Home & Cremation Care in Algonquin is assisting the family with all the Church arrangements.

To send flowers to the family or plant a tree in memory of Dominic Mariano Sr., please visit our floral store. 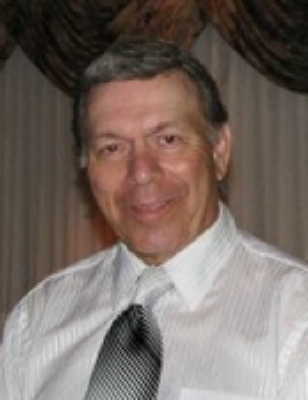 Look inside to read what others have shared


Family and friends are coming together online to create a special keepsake. Every memory left on the online obituary will be automatically included in the book.

You can still show your support by sending flowers directly to the family, or by planting a memorial tree in the memory of Dominic Mariano Sr.
SHARE OBITUARY
© 2022 Willow Funeral Home. All Rights Reserved. Funeral Home website by CFS & TA | Terms of Use | Privacy Policy | Accessibility